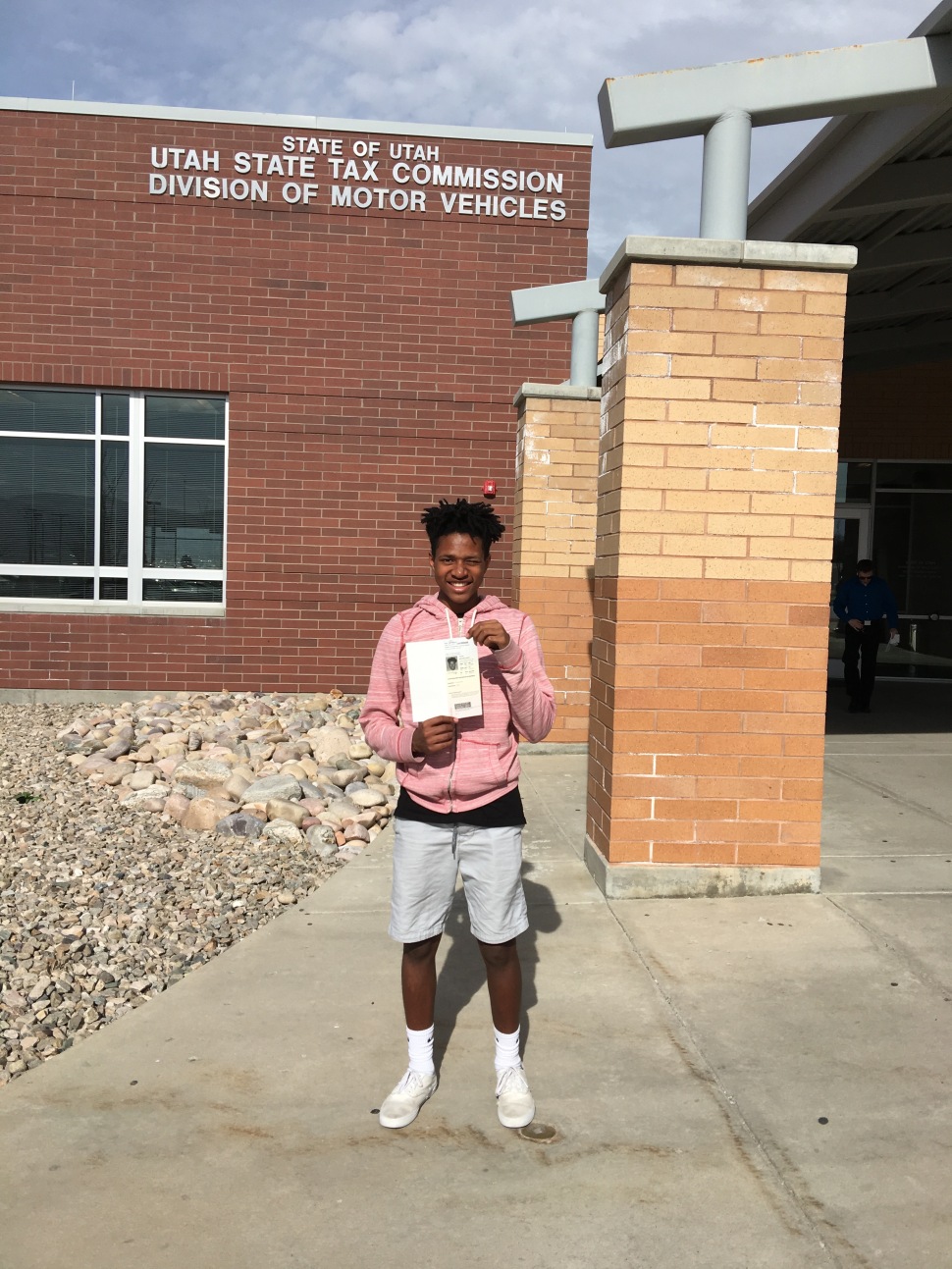 I think my son’s a natural driver thanks to Xbox—seriously, hear me out. Last week I took Nate to the Division of Motor Vehicles to take the driver’s exam for him to get a Learner’s Permit. Nate and I filled out paperwork, waited in line to get a number, and then waited for the call of said number. At last, we were up, and Nate went to a cubical area lined with computers to take the exam.

Within fifteen minutes, Nate came for me. I assumed he had a panic attack and ran mid-test. Nope. He held up his Learner’s permit, complete with his picture printed on the front. He had passed, missing only four answers. How? I never saw him study the driver’s manual. His father and I hadn’t taken him driving before. How did he pass, first try, within fifteen minutes?

Since then, Nate volunteers to drive everywhere, and he’s an excellent driver. How is that possible?

When my daughter, Lorrin, was the same age, I took her to get her permit a couple of times until she passed the exam. Her dad and I also took her driving, a lot. But still, she was terrifying.

One day the four of us were in the car, Lorrin was behind the wheel, and I was the driving coach. I decided to have Lorrin take us to a nearby Target located in a shopping center. The catch to this shopping center is to get there one must conquer several unique obstacles. First, there are a couple of intersections, scary for any new driver. There’s a congested highway in which drivers seem to think its traffic lights are merely a suggestion and love to challenge its speed limits, ‘You think I can’t go over your 55 mph speed limit? I’ll show you!”

To make matters worse, dividing eastward traffic from ones westbound is an overcompensating traffic circle-ish. I say ish because it’s abnormally large and oval, not round. And like a bicycle wheel, there are spokes hurling drivers to a million side streets all the way around it. The final issue with this route is that nobody, absolutely nobody seems to know exactly how to navigate that stupid oval island.

I don’t know why I had decided that my nervous, 5’1’’ daughter should handle that particular drive—I can barely handle it on a good day myself. Anyway, Lorrin had gotten us through most of the obstacles successfully when we got to that stupid roundabout. Traffic was unfortunately not in rare form—people were driving too fast or too slow. They weren’t using signal lights, and as with the traffic lights, crosswalks were optional.

I told Lorrin to merge into a row of cars on the far right—which meant, she had to go across three lanes of traffic Dodge Ball style, and her practiced maneuvers were out of order; She’d merge, then signal, and then look in the rear and side view mirrors. After several near misses and a dozen livid honks, my husband and son in the backseat began chucking helpful advice at her via hysterics. It did not work.

As we approached the road that Target was on, Lorrin started turning off, she released the steering wheel announced, “I give up!” and then folded in half—mind you, we were in the middle of traffic and in the middle of turning—the rest of us screamed.

I leaped for the steering wheel and pulled it hard to the right. We bounced off a curb, ground to a stop, and were on the receiving end of many a bird signal by passerbys. Lorrin’s only explanation was that we wouldn’t stop yelling at her.

Driving was too much for my daughter, now, however, she’s a great driver and hasn’t given up once. Whereas my son seems to be a natural. Why? Xbox!

Lorrin never really got into playing on Xbox, unlike her brother. I learned recently that when Nate’s friends come over, they bring Xbox games I won’t let him own. One of these games is Grand Theft Auto. What’s surprising, and what his friends give him a hard time about, is that after Nate’s character has boosted a car and police cars are barreling down the street after him, he obeys traffic laws—all traffic laws. He comes to a complete stop at red lights and all Stop signs. He signals when merging, taking an off-ramp, or turning. And my son does not go over the speed limit while driving his stolen vehicle. Amazing. So maybe Xbox is like a driving simulator? Maybe.

I asked Nate if Grand Theft Auto had anything to do with him feeling so comfortable behind the wheel. He said he didn’t know. As an afterthought, I asked if knew how to break into cars now, and he replied, “Yeah. I just have to hold down ‘y.'”