I’ve been doing an awful lot of reading lately, so I’ve decided to combine two of the latest book reviews into one post.

When Tara went to Brigham Young University in Provo, Utah, she did so at the age of seventeen and without having stepped foot in a public classroom. The youngest of seven children, Tara was raised in the harsh Idaho backcountry by a mentally defective father (an anti-government, anti-modern medicine fundamentalist) and a neglectful mother.

Tara fought against her strict religious upbringing, her appointed placement in society as well as an abusive brother all to get a formal education. Even with her odds stacked against her—she’d never heard of the Holocaust—Westover went on to earn her B.A. and then a Ph.D. in History from Cambridge University, England.

Heartbreaking and intriguing, the memoir, Educated, by Tara Westover, is a haunting story of hope.

I Was Told There’d Be Cake by Sloane Crosley: Book Review 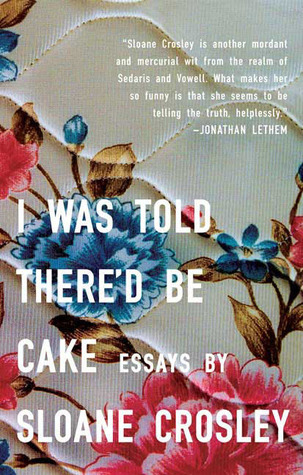 Sloane Crosley’s first book, I Was Told There’d Be Cake, is a compilation of personal essays about growing up and life in general.

Not told in chronological order but rather in a that-reminds-me kind of way by a hilarious friend, story after story will make you laugh until you cry.

Two of my favorite essays include Crosley, a Jewish girl, who is sent to a Christian girl’s camp every summer and the time in her twenties when she hosted a dinner party, and one of her guests left a turd on her carpet.

Fun, quick, and refreshing, it’s the type of book you read when you can’t go on vacation!