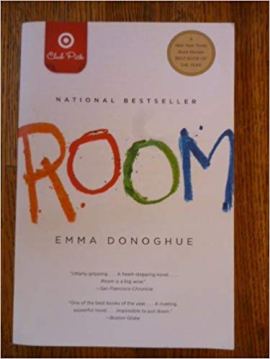 In the mood for a book bite that’s more like a meal? A Main Course?

What would it be like if all you ever knew about the world was no bigger than a square room with a small kitchen, a bathroom, a bed in the middle, and a wardrobe where you slept? What if you had never seen more than a small segment of the sky or even seen or heard traffic before?
What if beyond your mother, there was no interaction with anyone else in the world—besides the once a week grocery and supplies dropped off by, and you’re forbidden to see? What if suddenly, you left that room?
Room by Emma Donoghue is a brilliant story told from five-year-old, Jack. He doesn’t understand his circumstances. He doesn’t know why he is alive, or that he and his mother are in constant danger. The world told from a young, innocent, and stunted perspective of someone raised in strict captivity without knowing it is jaw-dropping.
Donoghue is a gifted writer and adds details that make the book feel so real it could be mistaken for nonfiction. For example, Jack can’t see distance, because he hasn’t had the opportunity to see anything far away.
How Jack interacts with the world is both hilarious and sad. How his mother tries to adapt in every situation is astonishing. This book is a must-read if only to make one grateful for normalcy!